The face to ass that could break a heart.

After two days of gruel, pasta and bananas for only food I managed to crawl out of my cave and do groceries. I've spoken once or twice before with the manager and last time he asked me about the Internet. He said he just recently tried his hands on this new phenomena and managed to stumble onto some chats, and was left more than a little thoughtful. Those of you that are Swedish might well understand why if I say that one of the chats were Aftonbladet's, for the rest of you, imagine a very basic web based chat where 80% of the names and chat entries contain crude sexual references. A bit cautiously he inquired if there were no sane people to be found on the net.
I've been given this a lot of thought and today I reminded him of his question, and gave him the answer. No. Of course it's not that simple, but in general finding sane people who also manage to be themselves on the net AND appealing to boot may well be compared to sifting through a swimming pool of liquid dung after pearls - using your teeth. Of course there are places that are more likely than others, but they're still few and far. The poor man looked mortified. I don't know if it was the sad fact or my analogy that shocked him the most, but I do know that this friendly somewhat naïve man in his mid forties should never ever be allowed to face goatse - it'd destroy his world.
Posted by Broken Haiku at 12:03 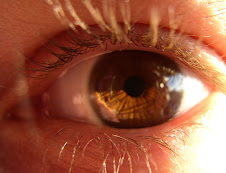